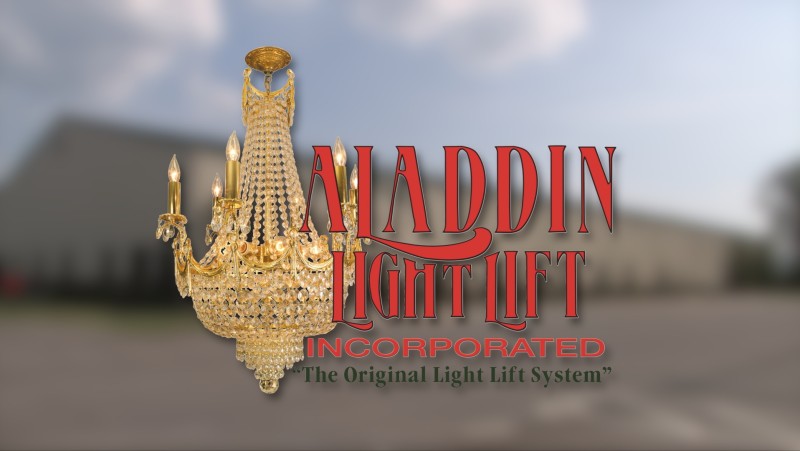 If ever there was a candidate for the TV show, “Undercover Boss,” it would be the owners of Aladdin Light Lift, although it would be difficult for the owners to disguise themselves from their faithful employees.  A number of years ago, this company was based in Memphis, Tennessee, and it became clear that a move was inevitable.  So, the search was on over a two year period where they spent weeks in different communities all over the United States; sometimes visiting several times in order to live and experience the culture and mood of each community.  After the dust settled, they picked up the entire company and all of the employees who wanted to go with them and settled in Chase Industrial Park in Huntsville, Alabama.  What a testament to the virtues of North Alabama!  Today, Aladdin Light Lift manufactures the best automatic chandelier lifts, storage lifts, and high bay lifts in the world.  And NMP was chosen to help tell their story.  Abby Kay was eager to help and we produced this introductory video for their web site.

We created this video a couple years ago as an introduction to the automatic light lift product line and recently, NMP has been engaged by Aladdin Light Lift to create on-demand introductory and instructional videos for their web site.  We look forward to that project in the month of November so stay tuned for future posts about Aladdin.

Contact us to see what we can do for you!