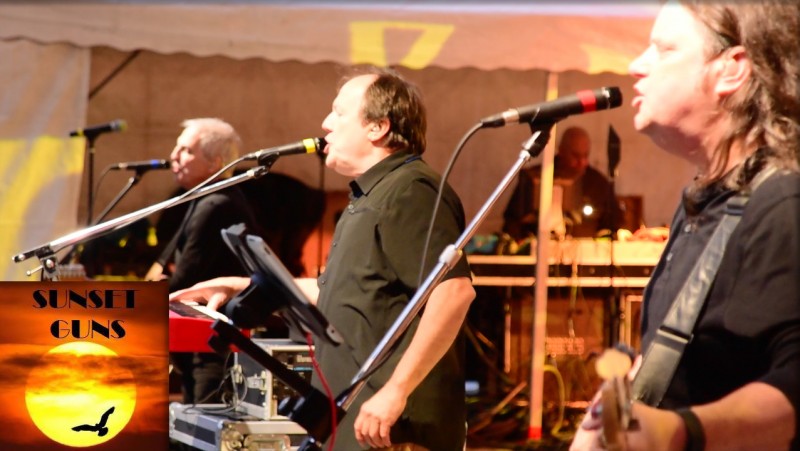 New Media Production has deep roots in the Music Biz from the days of axing it out with fellow musicians on stage to working mulitcam video projects with talent like Jim Parker, 5ive O’Clock Charlie, John Stoddart, and now, Sunset Guns.  This performance of May 5, 2017 at The WhistleStop Barbecue Festival in Huntsville, Alabama is really a documentary of the “sound-check.”  It is the first in a series of shorts that we will be releasing over the next few weeks.

This edit uses five cameras and an audio feed from the sound board nestled into a stereo live audio microphone.  There is a bit of post production but we can do the same thing live.  This was the first night we had to shows booked at the same time.  Dan and his crew were over at the VBC Playhouse while Aaron Sexton of Kaboom Crash Media and Drew were over at the WhistleStop.  We took it to the limit that night and were part of a little music & performance arts history.

Our hats off to Sunset Guns for an amazing cold start!  But that shouldn’t be surprising because you are watching probably 100,000 cumulative hours of on-stage performance between this fearless foursome.  If you don’t know Sunset Guns, take the time to like their Facebook page and get ready to rock!