New Media Production is headquartered in Huntsville, Alabama in the heart of the Tennessee Valley. Since 2003, people rely on New Media Production’s video, television, photography, and virtual tours to deliver effective communiqués throughout the spectrum of digital delivery vehicles.

New Media Production is the love-child of Drew Thompson and Dan Mashburn who started their journey into media production in their teens as musicians and songwriters.  In the mid ’90’s, they partnered in a local television station and brought a low-power broadcast channel from obscurity to 20,000 households and created Decatur, Alabama as its own Metropolitan Service Area. 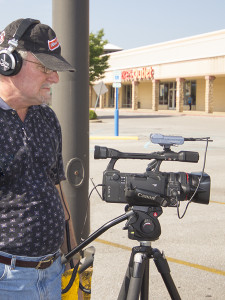 Today, Drew Thompson acts as NMP’s Creative Director and Chief Real Estate Photographer.  Having spent over a decade as a Realtor and Managing Broker, Drew brings a wealth of real estate marketing experience that he uses in the production of real estate listing photos and virtual tours.  Drew also writes the script based on property features and benefits and voices the virtual tour script as the announcer. Together with an editing process that incorporates Ken Burns photographic effects, NMP produces one of the most effective virtual tour available today.

Drew also lends his marketing skills to NMP’s corporate and political clients by defining the target market and fashioning an effective communication. 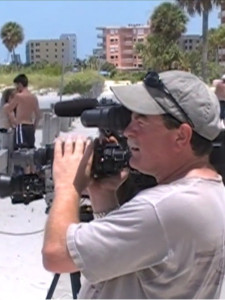 Dan Mashburn began his journey in television each morning before middle school when he appeared on the “Sonny Sims” morning show in the Huntsville/Decatur market as the band’s bassist.  Dan honed his musical skills as a professional band member through young adulthood before getting behind the camera producing sports videos for the San Antonio Spurs.  Dan’s developed his video production skills as a photojournalist for travel channels in the Florida vacation market.  From there he entered the medical video world as Editor and Videographer for Health Media Plus.

Today, Dan is NMP’s Chief Videographer, Editor, and Producer whose passion is developing an idea and turning it into an effective tool to help people tell their stories. 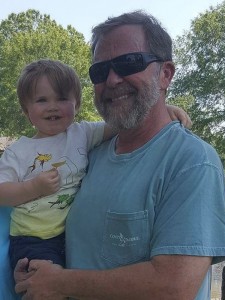 Steve Kerr’s work has been seen around the world and in outer space.  He started his career as a video journalist and videographer for WAAY Television in Huntsville, Alabama. From there he moved to Boeing where he worked with the NASA television production studio at Marshall Space Flight Center in the Public Affairs Department.  This opportunity found Steve working on the Hubble Space Telescope as well as part of the Challenger investigation team.  Then, Steve moved to Teledyne Brown Engineering where he worked at the in-flight TV & photography efforts for the Space Lab and Space Station programs.  During the early days of New Media Production, Steve was the Chief Photographer and Editor.  He left the company to pursue an opportunity with a musical instrument distributor but returned to NMP in 2017.  Steve has also co-written a book on Gallagher Guitars that is being released in September of 2017. 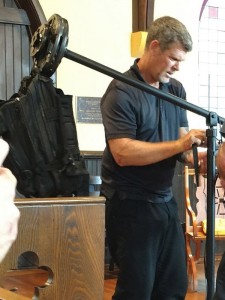 Donald C. Craver is the Motion Camera Specialist for New Media Production.  Don lives in Clearwater, Florida where he operates a construction company during the day and is the Production Manager for Realiously TV, a division of Homeworks Media at night.  As a structural engineer, and NMP’s very own “MacGyver,” Don typically builds his own jibs & cranes plus a host of GoPro and ION stabilization systems including booms and gimbals.  With a host of rock and metal band videos under his belt, Don brings top-shelf talent to the production value at NMP.

Whether your project is slated for professional delivery, or if you are working on a personal project, contact us to discuss the possibilities.